During economic or political turmoil, coins sometimes are hoarded by the general population. Without circulating coinage, everyday commerce becomes difficult because there may be no money available for people to spend. When this happens tokens are used in place of coinage.

In the financial panic of the 1830’s, Large Cents (older version of pennies, they are large. Sometimes these coin people nail a name) weren’t available, and the gap was filled by merchants making their own tokens acceptable as cash. 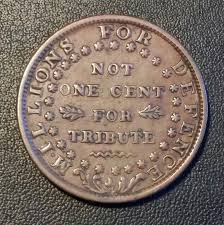 Most of these were created between 1833-1843. As they were created by merchants and not by the government, they tended to have political or sardonic images and slogans on them. There are a great deal of these tokens that used the current large cents as the basis of their design, as it was well known.  A popular token change was to add the work NOT above the reverse which said One Cent, making it clear that these tokens were not “money.”

There is a large population for collectors for these coins, and a decent collection can be made for not a great deal of funds. All of them are collectible. Some are quite rare with just a few known for a specific variety.

When Indian Cents disappeared in the Civil War, Patriotic, Sutler Token, and Store Card tokens were produced and used extensively. 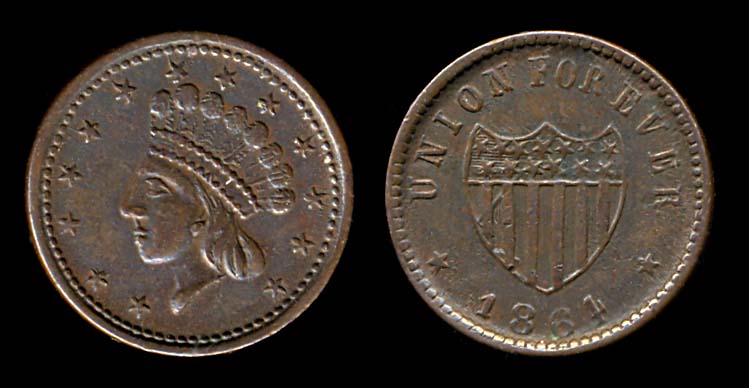 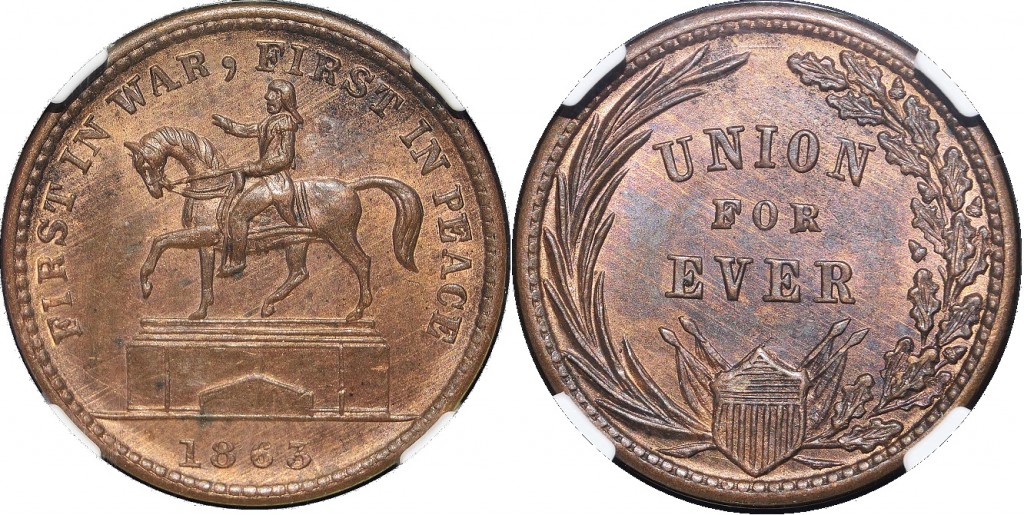 Patriotic tokens had a patriotic slogan on them; most came from Union states.

Sutler tokens, well let me give you and definition here. A “Sutler” was a civilian merchant who sold provisions to an army in the field or at camp; they ran the “Chuck wagons” sometimes. So Sutler tokens tended to have the name of the unit they were selling to and their name. It was a more personal token. 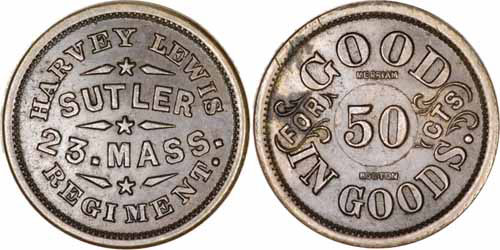 Store cards showed the name of the business and possibly its location. Think the tokens at Chuck E. Cheeses or the like. 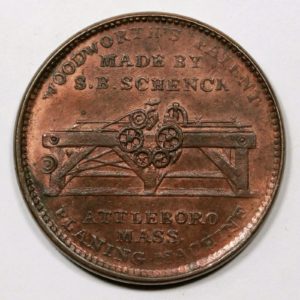 Again to help commerce happen in a world without currency. These are collectively referred to as Civil War Tokens. Most were made between 1861-1964, in the Midwest and Northeast. As coins, in general, were scares in the south during the civil war, no one was going to make a token, the Southern States did print fractional currency, but that is another post entirely.

Civil War tokens became illegal after the United States Congress passed a law on April 22, 1864, prohibiting the issue of any one or two-cent coins, tokens or devices for use as currency. On June 8, 1864, an additional law was passed that forbade all private coinage that resembles US coins. So don’t go making coins at home!